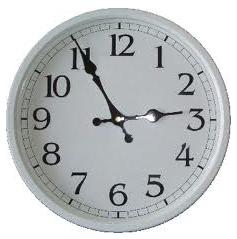 For each test case print in a separate line the minimum angle between the two hands in format given in the output.