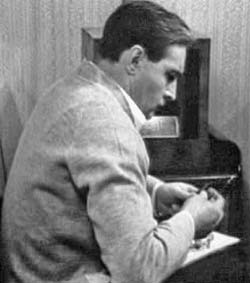 Recently, Masha and Katya have learned that there is evil in the world of hackers, which can easily reveal the strange correspondence. So they decided to send only encrypted messages. For this purpose, friends began to use the permutation code, where each letter is replaced by another. For example:

In order not to engage in hand-coding and decoding, a friend asked you to write the program. Help girls!